In March of 1951 Ike Turner and his band recorded the song Rocket 88 for Sam Phillips’ Sun Records. Released the following month under the name Jackie Brenston and his Delta Cats, Sam Phillips had a hit, and Rock and Roll was born out of a 12 bar blues.
The blues is, arguably, the biggest single influence on American popular music from around 1920 to the present day. The country blues is what blues was before it became electrified in the early 1940’s. In it one can hear the basic song forms, rhythms, treatment of harmony, improvisational language and expressive vocal techniques that can still be identified in current popular music.
Below is a list of some very influential country blues recordings with links to YouTube for your exploration. This is not a complete list, nor is it meant to replace your own research and discovery; it is intended to be used as a starting point into the rich American heritage that is the blues.
Sounds of the South on YouTube ~An excellent beginning, this set of songs from Alan Lomax’s 1959 trip through the American South is early 20th century country blues in that we can hear the early use of guitar-harmonica-piano accompaniments.
Blind Lemon Jefferson – King of the Country Blues ~ Jefferson is a major figure in early country blues and one of the earliest recorded artists. His finger picked guitar parts and treatment of harmony demonstrate a link to early ragtime.
Son House and the Great Delta Blues Singers
~ This collection reveals the early but fully developed style of Robert Johnson’s chief mentor, Son House, as well as many of his contemporaries. It’s a great overview of classic Mississippi delta blues.
Classic Blues Women ~A wonderful overview of the earliest female blues singers up to and including Billie Holiday, beginning with what is considered to be the earliest blues recording ever, Mamie Smith’s “Crazy Blues” from 1921.
Robert Johnson – The Complete Recordings
Robert Johnson is the biggest name in blues; a superior composer. As a guitarist Johnson, to quote Keith Richards, “upped the anti”. Much of electric blues owes its shuffle rhythms, bass patterns and harmonies to this one person.
Sonny Terry & Brownie McGee – Blowin’ the Fuses ~ Sonny and Brownie are one of the greatest blues bands of all time.
Leadbelly – Go Down Old Hanna~ Leadbelly’s range of material can’t be contained in a single cd but this one tries; a major interpreter of blues and folk music; Indispensable.
Muddy Waters – The Complete Plantation Recordings ~ The Mississippi artist who would later electrify his delta blues; it’s these exact songs that are at the very root of electrified Chicago blues.
Memphis Minnie – Bumblebee ~Essential recordings by Memphis Minnie, a major female country blues artist.
Your Buzz Around is excited to offer this exclusive column with Paul Engle, Director of Brockton Public Library. Prior to Brockton, Paul was the Director of Library Services at Berklee College of Music. An accomplished professional musician as well as librarian, Paul brings to the Brockton Area a unique view on library services; he is “passionate about diverse cultures sharing ideas, free and open access to information, libraries as a space for sharing artistic, scientific and cultural ideas, and promoting life-long learning skills.” 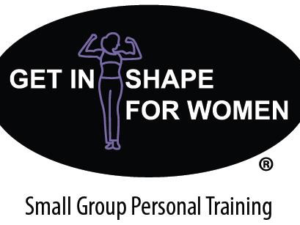 Post Sponsored by Get In Shape for Women, Bridgewater
www.getinshapeforwomen.com/bridgewater
https://www.facebook.com/GISFWbridgewater/