Tuckerwood at Chamber’s Way is a part of the Nunckatesset Greenway that traverses through the Town of Bridgewater, MA. This 32 acres of pristine forested land became available to the Town in 1998 due to the thoughtfulness of one of its long time citizens, Mary Chambers.

First time I saw Mary – We were purchasing the house right across the street from her. From my car I saw a small, slight woman about 85 years old dragging a stuffed chair from the end of what would be my new driveway. She brought the chair across the street to her yard. I am not sure I could have moved that chair, but there she was with Yankee grit and determination using every bone and muscle in her body to bring home her prize.

The day we moved in there was a flurry of activity as friends and family all helped out to get my family settled. There was Mary just standing there, watching on her front lawn. She waved and I waved back. The next day or two, again there she was. With confidence and a resolute gait she came across the street. I thought she was looking for a fight when she said,

“You the new neighbor?”

“Mary Chambers – been here over 45 years,” was the reply.

“Nice to meet you too,” as she quickly spun on her heels and headed back across the street as quick as she came.

From there I learned you cannot say “Hello Mrs. Chambers” as her curt reply would be, “Steve, I told you my name is Mary” – I got it. If you go to Mass, don’t pass her pew to sit elsewhere. I did once and she came and sat next to me. Before she knelt down I got the, “Don’t pass by your neighbor again.” I didn’t. I know her property was once a small farm, the chicken coop was still standing. She served in the Navy, got her Bachelor’s Degree at about 55 years old, had four kids, volunteered a lot and liked to talk. That’s good – I like to listen.

She still mowed her own lawn and once I came home to her lawnmower in my yard. I went across the street to inquire and got, “can’t get it going. You need to fix it.” I got good at fixing lawnmowers. She started to struggle with her driving. We could tell from the screeching of brakes and the blowing of horns of other cars as she pulled in or out of her driveway. Sitting there at dinner another horn would be blowing – we would look at each other and say “Mary is home.”

Her little blue cape style home had a large maple tree in the front yard. From that tree to her house there was a string of clothesline rope where she hung an overly large American flag. She loved to put that big flag on display. On her 90th birthday with the flag as a backdrop she sat on her front lawn holding court. There were her children, grandkids and great grandkids all gathered around Mary. Later in the day, while she was still sitting on the lawn, she called me over with that wave of her hand. Sitting there drinking lemonade, I listened to her stories of times gone by- the day the barn burned down, working in Navy hospitals, and how well she could sew a Halloween costume. That lemonade tasted so good on a warm, early summer day which was Flag Day – Mary’s Birthday.

When I would pull in the driveway and get out of my car, Mary would always holler and wave, “Hi Steve.” One day she was not wearing her glasses – they were large framed and thick. I go across the street.

“Mary where are your glasses?” I ask.

“I don’t need them. I had cataract surgery.” was her reply.

She was 95. Another day I get out of the car and I looked over to Mary’s yard and there was Mary flat on her back. I ran up to her, bent over and asked,

“What happened?” and got the,

“What’s it look like? I fell” remark right back at me.

I picked her up and got her into the house. That night at 7:30 my phone rang. “Steve it’s your neighbor Mary. Let’s keep what happened today between us neighbors.” Of course Mary, of course.

Now Mary was 99 and aging quickly. It was time for hospice and I would visit as often as I could. The penultimate time I saw Mary she said, “Steve can we say some prayers?” While drinking Coca Cola in her back bedroom, we said the Our Father and Hail Mary like we did in church. Tired and weak we had to say good bye.

Mary said, “You are a good neighbor.”

I said, “Let’s keep that between us neighbors.”

She smiled and her eyes closed and mine teared up as I crossed that street for what I knew would be one of the last times. I went to visit Mary the next day after work and she was there, but she was gone. Her eyes never opened again. She passed away a few days later.

Today Mary’s little blue house is gone. The same with the maple tree. The chicken coop – that too. Two large duplex houses now fill that space. She did ensure her small farm was acquired by the town. There it sits, tucked away in our little neighborhood, undisturbed, secluded, with vernal pools of wood frog and spotted salamander. These days I still cross the street and walk the paths and think of times gone by. When my grandson is with me, I tell him of Mary. Without her vision and the love for her town, this jewel of Tuckerwood would have never come to be. 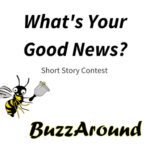