As towns grew it became profitable to open shops in neighborhoods to fill local needs. They filled a need when people were spreading out from the center of town and before the time when every household had a car. These shops had ethnic flavor depending on what immigrants settled locally. The shop would have foods culturally common to those who lived near it. Many of these shops had refrigerated coolers and offered butcher shops and specialty cuts of meats. This is where a person would find Linguiça from Portugal, Potatiskorv from Sweden, and Bratwurst from Germany.

Before World War II, not every home had a refrigerator, frozen foods were not as common as today and purchasing a weeks supply of fresh meat did not keep well in an “ice box”. Some folks still had ice boxes up until the 1950. I can remember the ice man delivering to the house across the street from my home on Main Street. 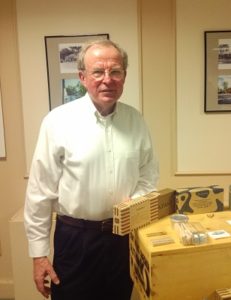